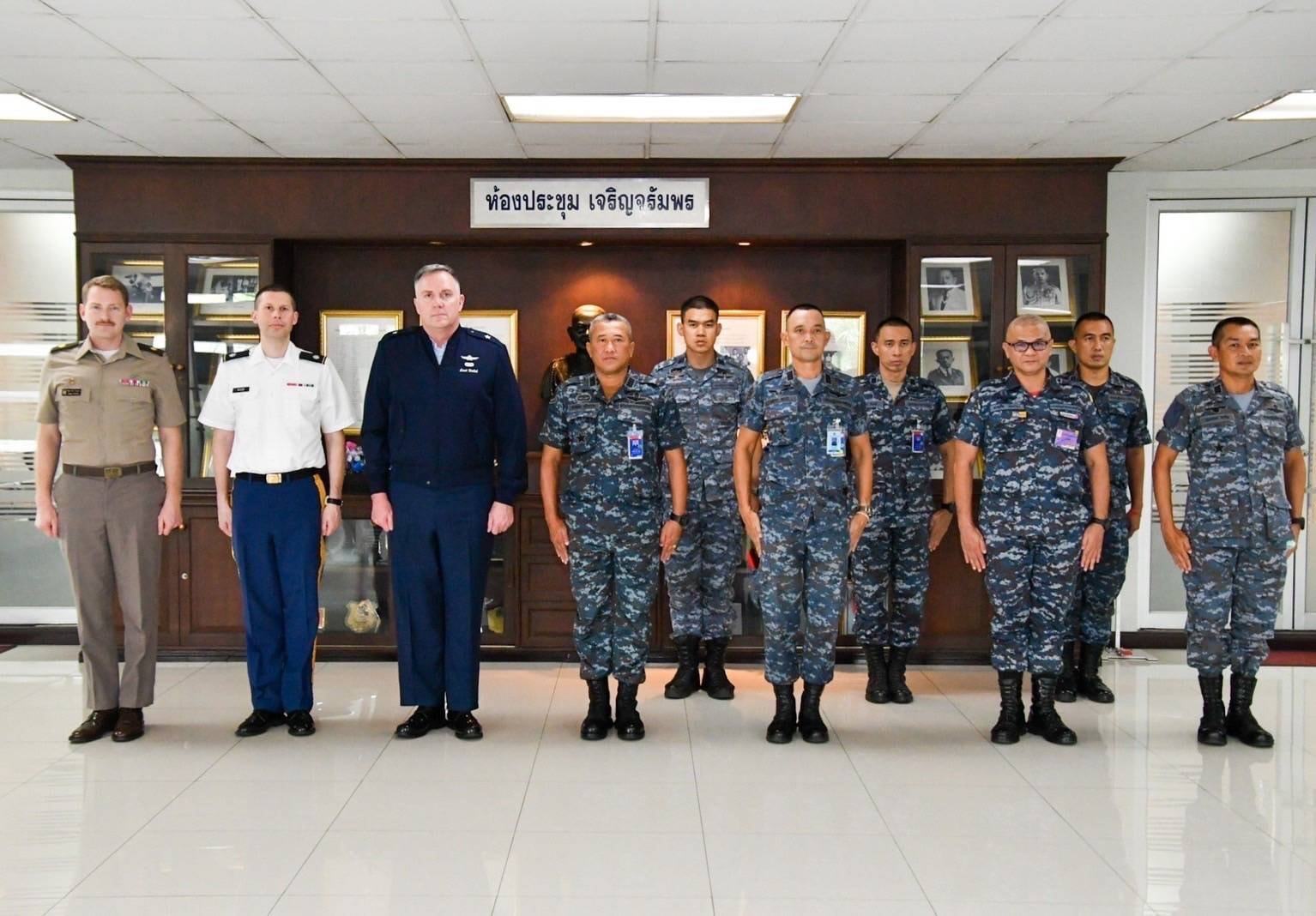 Washington and Thailand celebrate 20 years of friendship through Partnership Program

This year the Washington National Guard will celebrate the 20th anniversary of its State Partnership Program with the Kingdom of Thailand. It also marks the return for in-person exchanges between the two partner organizations.

“We found some creative ways to work around COVID and we were able to get our Thai counterparts in Washington state in the second half of 2021,” said Lt. Col. Keith Kosik, director of the Washington National Guard’s State Partnership Program. “It is nice though to be able to get our folks back to Thailand and continue on the relationship building we have done for 20 years.”

“All this Department of Defense activity makes our State Partnership Program lines of effort here look like small potatoes but we punch far above our weight when it comes to the impacts and deep connections we've formed in 20 years of operation in Thailand,” said Welsh. “I tend to divide up our program into three lines of effort: strategic, operational, and tactical levels. We do a great job hitting them all.”

Welsh’s visit re-emphasized and helped pave the way forward for what the Washington National Guard and Thailand will be working toward in the future.

“I was meeting with senior leaders on both the U.S. and Thai side to ensure all the conditions are set at the decision-maker level for the next engagements,” said Welsh.

While Welsh was visiting around the region with senior leaders, 20 members of the Washington National Guard participated in the Command Post Exercise portion of the annual Cobra Gold exercise.

“Due to COVID, some events were cancelled this year. However, we are starting to get back to a more normal battle rhythm,” said Lt. Col. Reena Emme, exercise planner for the Washington Army National Guard at Cobra Gold.

Cobra Gold, which celebrated the 41st iteration of the exercise, is a multi-national Indo-Pacific military exercise, and one of the largest of its kind in the region. First held in 1982, it has improved coordination between the armed forces of the United States and Thailand in both hostile military and humanitarian efforts. This year’s exercise consisted of three primary events: a command and control exercise, humanitarian civic assistance projects and a field training exercise that includes a variety of training events to enhance interoperability and strengthen regional relationships. It also set up the expectations for the Cobra Gold 2023 exercise.

“The Washington National Guard will be playing a huge part in Cobra Gold 23,” said Emme. “We will be participating in several major events, a command and control and field exercise with members of the 96th Troop Command, Aviation Troop Command and 81st Stryker Brigade Combat Team.”

It has been a long road for both nations to get back to a regular routine, but the desire to return to collaboration and team work between Washington and Thailand has never been more apparent.

“The Royal Thai Armed Forces are very happy to partner with the Washington National Guard again,” said Emme. “Now that we are slowly going back to normal, we look forward to working with them and to continue strengthening our relationship with them in the different exercises.”

This spring the Washington National Guard Aviation will be part of a month long, two-part exercise with the Royal Thai Army’s Aviation units at Joint Base Lewis-McChord and Fairchild Air Force Base, as well as the Royal Thai Army Aviation Center in Lop Buri. The month-long exercise will be the first time the same members will be together at both locations back-to-back for subject matter exchanges.

“This is a unique opportunity to build relationships at the tactical level with our partners and share knowledge and experiences while learning about each other’s culture,” said Kosik.