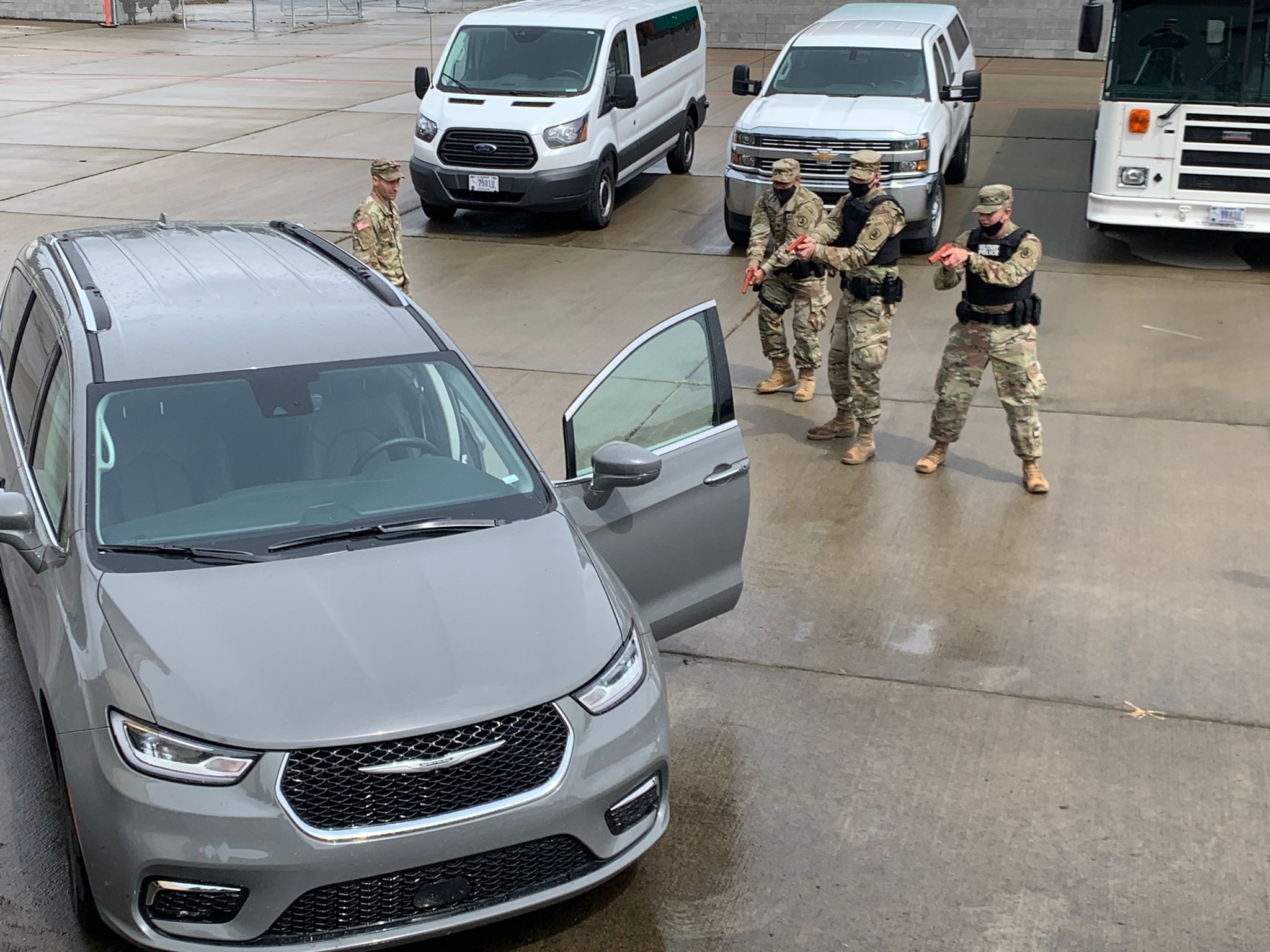 For the citizen-soldiers of the 506th Military Police Detachment, this year’s annual training was a chance to return to collective unit training, as well as develop the skills of new soldiers in the formation.

“As a large percentage of the formation comprised of new soldiers, we utilized the first week of annual training to conduct training centered on the fundamentals of police and patrol work,” said Capt. Daniel Lamothe, commander, 506th Military Police Detachment. “We have a wide range of experience in both the military and civilian sectors. We utilized this experience to conduct a comprehensive week-long training.”

During the first week soldiers received classroom instruction on the elements of a crime, report writing, search and seizure, patrol tactics and use of force policy. The unit also trained on fundamental skills through a series of demonstrations and applied skills practice stations, centered around compliant and high risk suspect contact, traffic stops and high risk traffic stops and structure clearing.

“Applied skills practice stations are designed to provide soldiers with multiple repetitions on basic, yet crucial fundamental skills and are limited in scope so that soldiers focus on one piece of the larger task per station,” said Lamothe.

Following the applied skills training, the unit took part in multiple exercises on routine traffic stops that led to high risk situations and structure clearing while locating and apprehending suspects. The unit then began a two-day law enforcement exercise which was designed to fully simulate a patrol shift to include opposing force role players and scenarios. These scenarios were designed to test a soldier’s ability to be problem solvers and think critically while identifying and responding to calls for service.

“The focus of this training was to immerse soldiers into thinking and responding as Military Police officers,” said Lamothe.

Following the completion of the training week, the 506th moved to Joint Base Lewis McChord where they conducted law enforcement operations with the base Directorate of Emergency Services. Soldiers worked alongside active duty military police from the 42nd Military Police Brigade conducting 24-hour patrol operations. Soldiers also worked within their area of specialty shadowing soldiers with the desk section handling and processing of reports and documentation, as well as investigations.