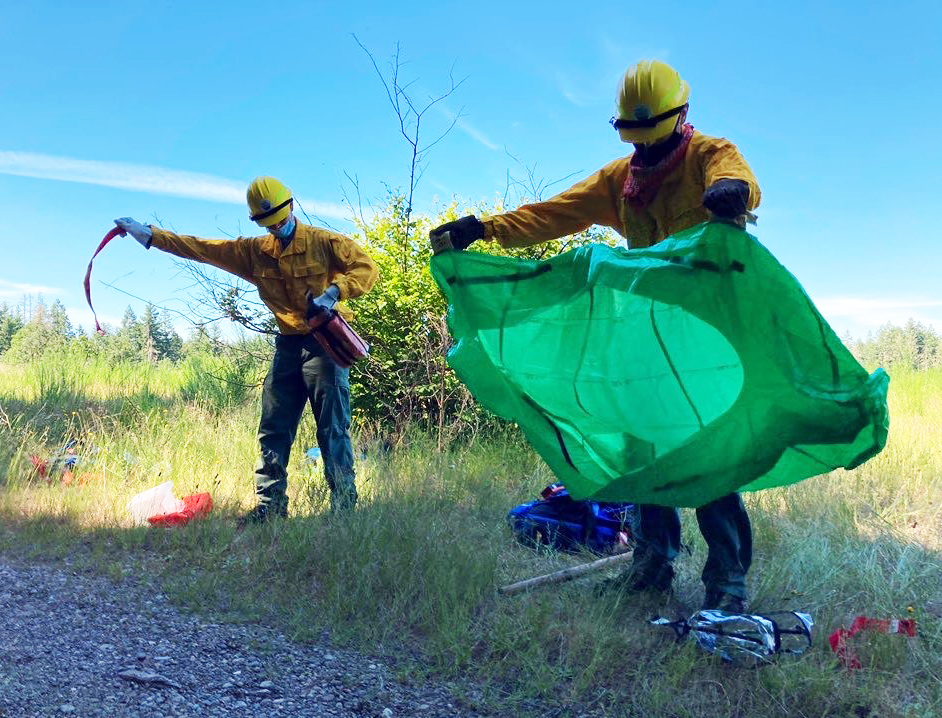 With the summer months in full swing, the Washington National Guard is preparing for what could be a busy fire season.

With the majority of the state experiencing triple digit temperatures prior to the 4th of July, the Guard has the potential to be activated earlier than normal. Routinely the National Guard ground fire fighters are activated in late August or early September to help augment fire teams that lose crew members heading back to school.

“We have seen the need for our Guardsmen to help with wildland firefighting increase since 2013,” said Maj. Gen. Bret Daugherty, the adjutant general, Washington National Guard. “Our team has done a fantastic job not just getting training available, but building the program up, helping us be more prepared to support when the state needs us.”

Similar to previous years, aviation assets from 96th Aviation Troop Command have trained and certified with the Department of Natural Resources as well. In early June, Chinook crew members completed their classroom and drop training preparing for what could be a busy season.

“From all we are hearing from meteorologists with the DNR, this will be an intense fire season,” said Chief Warrant Officer 3 Ryan Schwend, a Chinook pilot with 1st Battalion, 168th General Support Aviation.

“We know that this isn’t just a state problem and we all need to be prepared to fight the common enemy,” said Daugherty.

Many counties across the state have imposed burn bans prior to the 4th of July weekend. Information can be found at the Department of Ecology website, ecology.wa.gov/.