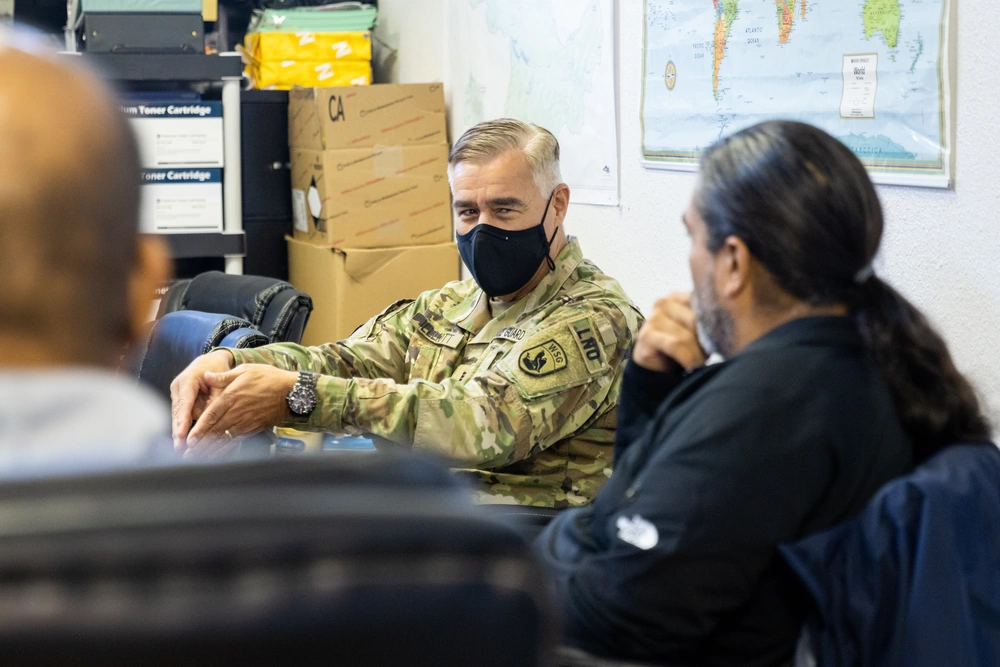 That’s why the Washington State Guard’s Chief Warrant Officer Three Bill Elliott is committed to open communication with tribal partners, and ensuring they’re prepared for whatever disaster might strike.

“They each operate under their separate constitution, organization and structure, so it is important that we educate ourselves as to how they function not just politically, but in an emergency,” said Elliott. “If we can bring that knowledge to Emergency Management it will make our ability to assist the tribes a lot more efficient.”

Elliott, who has decades of experience working with tribes across the state due to his civilian career, as well as his time in the Washington State Guard as the Tribal Liaison, started work on a project with the Joint Force Headquarters in late October to build strong relationships among the tribes and the Military Department.

Elliott’s knowledge of tribal relations was valuable in 2014 following the devastating State Route 530 Landslide. With the road closed between Darrington and Arlington, most of the Sauk-Suiattle tribe was cut off from their jobs and basic needs. Beyond the frightening environmental and emotional impact, the tribe was concerned about the damage to the fish runs, which are a major part of their subsistence and economy. Elliott made arrangements with other tribes to help supplement the tribe with food and medical needs and worked to ensure the members and families affected by the landslide were assisted.

“They’re in a unique situation,” said Elliott in 2014. “They’re federal, but yet they’re state. They’re sovereign, but they’re within a sovereignty. So you have to have a knowledge of what agencies can service them and then how to crossover between the state and local agencies so there’s an adequate division of resources. Like making sure that the Red Cross gets out there, that’s one of the things that we did.”

While the state does have an agency that focuses on tribal affairs, Elliott’s role is to directly assist with the needs of the tribes from an emergency stand point.

“It sometimes comes down to communication, and how we can work together. But overall I believe the tribes have a great relationship with the Military Department, we are just trying to make it better,” said Elliott.

The project he is taking on with JFHQ also includes identifying tribes with veterans and how to incorporate them into the emergency management process.

“They are highly respected in the communities, so any way we can get them involved will be great,” said Elliott.

Elliott believes these types of projects take time but are increasingly important as we have seen more disasters recently.

“In the past it was always forest fires. Now it is massive snow fall, flooding, and even the potential tsunami after an underwater volcano,” said Elliott. “The tribes are already very good but this is our way to gauge the tribes to see what they may need and how we can assist. This is really about gathering the necessary information.”